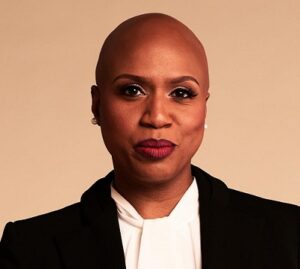 Congresswoman Ayanna Pressley is an activist, a legislator, a survivor, and the first woman of color to be elected to Congress from the Commonwealth of Massachusetts. Throughout her career as a public servant, Congresswoman Pressley has fought to ensure that those closest to the pain are closest to the power – driving and informing policymaking. Throughout her first 2.5 years in Congress, Congresswoman Pressley has been a champion for justice: reproductive justice, justice for immigrants, consumer justice, justice for ageing Americans, justice for workers, justice for survivors of sexual violence, and justice for the formerly and currently incarcerated. Currently, Congresswoman Pressley serves on two powerful Congressional committees – the House Committee on Oversight and Reform and the House Committee on Financial Services– both of which have remained focused on legislatively addressing issues of care, concern, and consequence to the American people. Prior to being elected to Congress, she served on the Boston City Council for 8 years, and was the first woman of color elected to the council in its 100-year history. 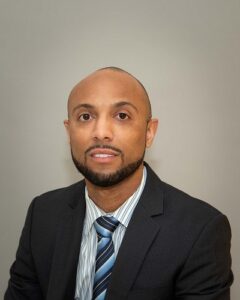 Zane T. Crute is a financial services professional with diversified experiences within the realm. Currently he serves as a financial analyst at JP Morgan Chase within their Corporate & Investment Bank. He is a graduate of Boston College’s Carroll School of Management with a Bachelor of Science in Management with a concentration in Finance and Marketing. Currently, Crute is working towards his MBA at Boston University’s Questrom School of Business. Crute has served as the President of the Mystic Valley Area Branch of the NAACP since January 2017. The Mystic Valley Area Branch has served northern Boston suburban communities for over forty years in the fight to promote the social, economic, educational, and political equity for all. Additionally, Crute has served as an officer of the New England Area Conference of the NAACP since 2013. The New England Area Conference overseas all High School Chapters, College Chapters, and Adult NAACP Branches in the states of MA, RI, NH, VT, and ME. Crute is also a 2018 graduate of the NAACP NextGen Leadership Training Program. 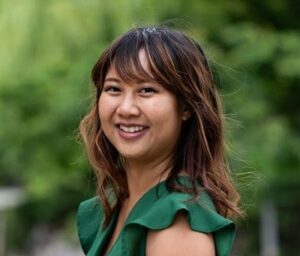 Helena Berbano is a 2nd generation Filipina American, organizer, and trainer with a decade of experience in civic engagement, advocacy, and political campaigns. Currently, she is applying her years of organizing in the philanthropic space for Asian American Futures, an organization that aims to ensure that Asian Americans and Pacific Islanders are an essential part of the American narrative. Prior to Asian American Futures she served as the first National Political Director for New American Leaders, the only organization dedicated to training and supporting New Americans to run for office in the United States. She holds a Master of Public Administration from UMASSBoston, where she was given the distinctions of McCormack Scholar, Keough Capstone Fellow, and Best Capstone for her research focused on women of color public office initiatives. She is currently serving as co-chair of the inaugural Asian American Pacific Islander Caucus for the Massachusetts Democratic Party and formerly served as Co-Director of New Leaders Council – Boston and At-Large Director of the Young Democrats of Massachusetts. On her days off she listens to musical theatre compilations and avidly sings power ballads at karaoke. 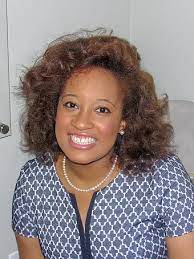 Gerly Adrien is the first Black, Haitian-American female City Councilor At-Large for the City of Everett and is currently running for Mayor. Gerly is compassionate about people and passionate about service. Gerly knows that fighting for fairness means ensuring individuals and families have access to the resources they need to have a better life. She wants to continue the fight to improve education, economic development and quality of life for the people of Everett.

Born in Somerville, Gerly attended Bentley University, volunteered in educational enrichment programs, and taught English in Ghana. At Bentley, she was named a National Association of Black Accountants (NABA) Distinguished Collegian Scholar. She is currently a Finance Manager for a healthcare institute as well as a small business owner, and recently received her MBA from Boston University. 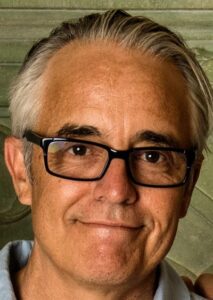 Veteran journalist David Whitford, our moderator, is a former staff writer at Fortune and Inc. magazines and author of several books. His current work-in-progress is a history of UNITE HERE, the hospitality workers union. For many years he hosted a public conversation series featuring prominent journalists, professors and public servants under the auspices of Arlington Community Education. David and his wife, Sara, have lived in Arlington since 1989. They raised two daughters, now grown, who attended Arlington public schools.